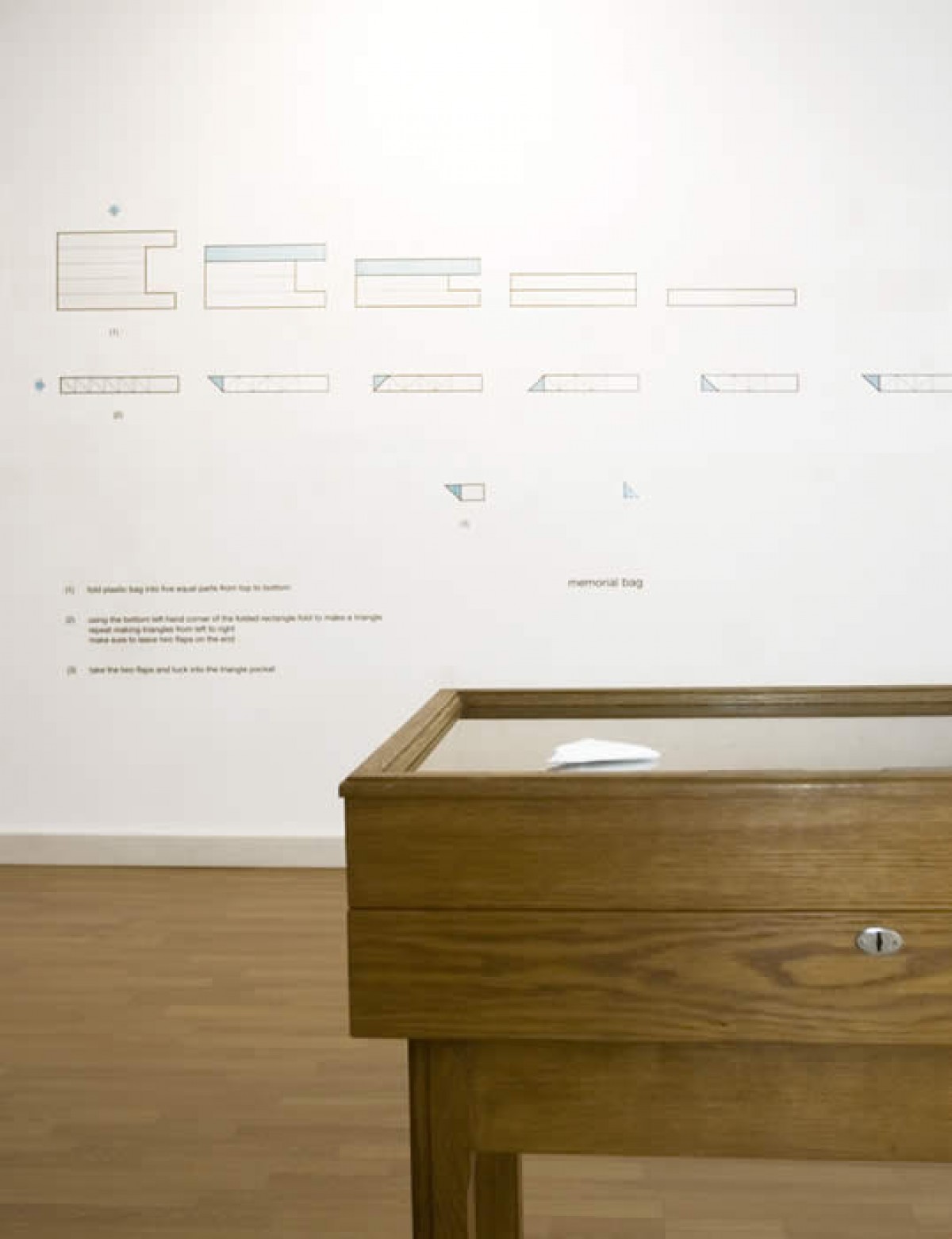 Memorial bag is a project which queries commemorations of war and their ceremonies. The relationship between civilian engagement and the private dimension is taken into consideration, through the direct participation of the public. Thanks to the spectator’s actions the symbolic gesture in emptied of its official function and becomes a game. A bag is folded infinitely in the video loop “memorial bag” in similar way of the folding of memorial flags during american military ceremonies.